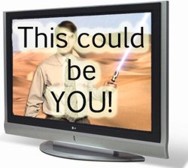 Advertising revenue generated by local and national television commercial placements on cable networks has been touted as a great source of potential profits for video service providers. Unfortunately, that promise has been out of reach for most small telco TV operators. Like most models in the video business, you need scale to make it work. But increasingly, telco TV operators are ‘clustering’ together to achieve that necessary scale, and finding ways to capture formerly elusive advertising revenue. Clustering is a common practice among small cable systems. Now telco TV operators are following their lead. A great example is occurring in Kansas, where Prime Media Productions, a Smithfield, Virginia based local ad insertion enabler, is empowering eight telco TV operators to cluster for local ad insertion success.

Eight telcos and two traditional cable companies are aggregating their video subscribers together to make local ad insertion possible for all of them. Collectively, their video subscribers number approximately 50k. With that aggregated number, Prime Media is able to deploy a sales force and a regional manager to sell advertising inventory for the entire ‘clustered’ region. Many of the ten clustered members would not be big enough to participate in the local ad insertion opportunity alone. “It’s a win-win,” says Walt Staniszewski, President of Prime Media. “Small telcos can offer local ad insertion and generate revenue and small local businesses can afford to do television advertising.” For many small businesses in tight knit rural communities, television advertising can make a huge difference. “People remember television ads. They’ll stop you in the local market and say ‘I saw your ad last night.’ No one remembers newspaper ads,” says Staniszewski. For small video service providers, local ad insertion capability also opens up the opportunity to do their own television ads affordably.

An additional benefit from local ad insertion is the relationship it builds/strengthens between service provider and local businesses. Leveraging that relationship for additional revenue generating activities, including web hosting and broadband services can make local ad insertion even more appealing. “We’re just getting started with this, but it’s definitely in our mindset to expand the relationship for future business with our small business advertisers,” says Eric Tabor, Director of Marketing and Sales at Twin Valley Telephone, a Kansas based rural telco and IPTV operator, and member of the Kansas ‘cluster.’

For telco TV operators to go it alone with local ad insertion, they’ll need at least 5k subscribers. Even with that number, it will be tough. “We tried to do it ourselves in the beginning, but found we didn’t have the economies of scale to make it work,” says Tabor. There are opportunities to participate in national ad campaigns through the NCC, a national ad firm representing the cable industry, which is jointly owned by Comcast, Cox, and Time Warner Cable. But combine small subscriber counts with a bad economy, and you end up with a less than desirable national advertising placement revenue opportunity — at least for now. NCC is also a cable owned and focused entity. It remains to be seen how open they will be to large numbers of telco TV operators joining their fold. There is also the future promise of targeted addressable and maybe even interactive ads with IPTV and other digital video platforms. For the time being though, those promises are primarily the domain of PowerPoint presentations at industry conferences. It’s also debatable whether such technology will ever be feasible for small IPTV systems. In the short-to-mid term, traditional local ad insertion provides the most promise for real revenue today. Luckily, it’s not out of reach for even the smallest of service provider.

What’s been your experience with local ad insertion, good, bad or indifferent? Share your views by using the comment tool below.

One thought on “Partnering for Local Ad Insertion Success”