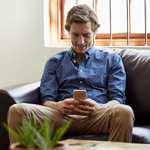 FCC Chairman Ajit Pai is recommending that the minimum monthly data allotment for the low-income Lifeline program should be 4.5 gigabytes (GB) per month. The Pai Lifeline proposal represents an increase from the current 3 GB standard, but considerably less than the 11.75 GB recommended allotment that was calculated using current methodology for determining program increases.

The Lifeline program provides monthly discounts on broadband and voice services to qualifying low-income consumers. As an FCC press release about the Pai Lifeline proposal notes, “In 2016, the FCC adopted minimum standards for services provided through the Lifeline program, including mobile broadband service, as well as mechanisms intended to predictably update those standards on an annual basis.”

The Pai Lifeline proposal comes in the form of a draft order that would change the established methodology with the goal of ensuring “predictable, reasonable yearly updates to the standard so that Lifeline subscribers can receive robust yet affordable mobile broadband service.”

“The Lifeline program plays an important role in ensuring that low-income Americans have access to affordable broadband service,” FCC Chairman Ajit Pai said in a prepared statement. “And as the communications marketplace continually evolves, it’s critical that minimum standards for Lifeline service increase so that Lifeline subscribers do not receive second-class service compared to other consumers.”

He added, however, that the formula the FCC adopted back in 2016 to update the minimum standard for Lifeline mobile broadband data capacity is “flawed.”

According to Pai, “It results in drastic year-over-year increases that could impact the ability of Lifeline carriers to continue providing affordable service. Last year, the first time the formula was applied, the current Commission had to step in to avoid this outcome. Now, I’ve circulated an order that would permanently clean up the mess caused by the 2016 order. I hope that my colleagues will vote for this order, which will provide much-needed certainty to Lifeline subscribers and providers alike.”