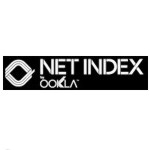 The FCC has hired UK-based SamKnows to put together an independent rating guide to actual vs. advertised ISP broadband speeds across the US. Seattle’s Ookla today announced their approach to rating ISPs, which among other things, includes ISP performance rankings for its Net Index. The “new data set enables end users to take the next step in broadband performance evaluation, digging past consumer broadband marketing and penetration, into actual ISP performance,” according to a company news release.

Accessible on Ookla’s Speedtest.net website, ISP rankings will be updated daily and available at no charge. ISPs are ranked according to three broad criteria: Download, Upload and Quality, which are broken down further according to region, city, and other smaller geographical areas. ISPs will also be ranked according a 5-star rating system based on end-user input.

“The Net Index already offers a powerful research tool for academia, government, ISPs, and those curious about broadband performance. However, it has always been our goal to expand on that information and provide a resource that helps consumers make more informed broadband decisions,” explained Mike Apgar, co-founder and managing partner. “The new ISP ranking data takes a giant step in that direction, further empowering consumers for the first time with rich data that helps evaluate ISP performance close to home or throughout the world.”

In the near future, Ookla intends to add a Value component to Net Index that will allow consumers “to see the cost breakdown associated with broadband services by country, state, city, and even ISP.” According to preliminary data, the average monthly broadband bill for US customers amounts to $47.32, with the average cost per Mb/s coming in at $5.06.