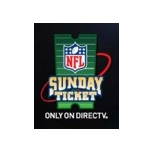 The NFL season is right around the corner and satellite TV provider DirecTV is expanding and adding new features to its popular ‘NFL Sunday Ticket’ service, which provides subscribers live, streaming access to as many as 14 out-of-market NFL games.

Perhaps the most interesting move with this expansion is both current DirecTV NFL Sunday Ticket subscribers, as well as those who cannot get DirecTV, will be able to access the service through Sony’s PlayStation3 gaming and entertainment console. It’s a new experiment for DirecTV — one they hope will expand their reach beyond dish connected homes. “It’s our attempt to open up the universe a bit to people that can’t get DirecTV – students, people who live in big apartment buildings and people who live in New York City – and it’s a new revenue stream for us,” DirecTV senior director of product management Alex Kaplan told Multichannel News. Multichannel reports the Playstation 3 delivered service will be priced at $340

The company has also partnered with NFL.com in launching an NFL.com Fantasy Football TV app that will enable those with smart TVs to view their fantasy football teams and scores directly on their TV screens while watching DirecTV Sunday football broadcasts. Pushing the personalization capabilities of connected TVs, a “Watch Now” icon assigned to every player on a viewer’s roster will enable viewers to instantly jump to that player’s game.

“We are constantly looking at new ways to enhance the NFL viewing experience and create more value for the loyal fans who continue to make this our most popular and dynamic sports subscription service,”

“With the growth in mobile and connected consumer electronics devices, we believe it makes sense to enable viewers to watch their favorite team on more of those devices, like gaming consoles, whose users include legions of NFL fans,” said Tony Goncalves, senior vice president of product management.