Cincinnati Bell recently announced its unlicensed mobile access (UMA) network strategy. UMA is a promising development which uses a convergence of multiple wireless frequencies to provide seamless mobile wireless access in a given territory. Cincinnati Bell claims to be first at launching a commercial UMA network, although T-Mobile has been trialing one for sometime. A subscriber’s mobile device automatically senses the best network to use for service, which can include Wi-Fi, Bluetooth, or a traditional GSM mobile wireless network. For example, while on the road in a car, a subscriber would probably utilize a GSM network, but while indoors, their handset would seamlessly switch to Wi-Fi. Such a network conceivably provides better coverage by automatically selecting the best network to use, while also providing the network operator more efficiency by offloading traffic to wi-fi networks where possible.

UMA adds promise to carriers who may not have significant licensed spectrum assets. As the technology matures, carriers without a current mobile strategy may find UMA provides them the opportunity to launch mobile wireless services. It’s too early to predict, but UMA may prove to influence the competitive landscape, by allowing carriers of all sizes and niches to offer a wireless play, positioning them to compete more effectively. 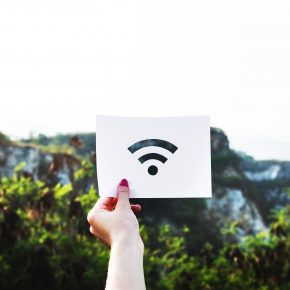