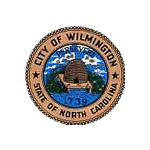 Spectrum Bridge has spent the last several years pioneering the use of a dynamic database to enable television broadcast spectrum to be used for broadband in areas where broadcasters are not using the spectrum. The company provided its database technology to KTS Wireless, the manufacturer whose transmitters and receivers underlie the Wilmington network.  In addition, Spectrum Bridge installed the network, which has been running on a trial basis for 12 months.

“We sold the network to New Hanover County and built the network on their behalf,” explained Dir. “They’re managing it going forward.”

New Hanover County viewed the white spaces option as a more economical alternative to running fiber. Using a hub-and-spoke design, the KTS equipment is supporting speeds between 1 Mbps and 2 Mbps over distances as great as one to two miles, Dir said.

“In the public community, you will be able to get the 10 to 20 percent of the market that you couldn’t address with typical WiFi applications,” noted Dir, who expects the technology to be popular with other municipalities.

Supporting the network is a fiber Ethernet connection between the wireless network hub and an Internet point of presence. In this installation Spectrum Bridge was able to use an existing connection. But Dir said, “it wouldn’t be unrealistic to bring Ethernet and power to a site” if needed.

In addition he said Spectrum Bridge has other deployments in the works, adding that eventually the company would like to hand off the job of installing white spaces networks to value added resellers.

Late last year Spectrum Bridge became the first company approved as a database administrator for white spaces spectrum. Other companies also are seeking approval, and Spectrum Bridge likely will have competition before the end of the year.

New Hanover County and The City of Wilmington do not plan to charge people to use the WiFi capability made possible by the new network. As long as the service is free neither they nor other municipalities deploying the technology are likely to run afoul of anti-municipal network legislation that has been adopted in some areas.

FCC officials will be on hand for today’s ceremony, which can be viewed online at the New Hanover County website  beginning at 2:00 p.m. eastern time.