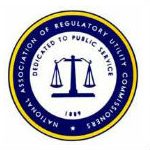 The National Association of Regulatory Utility Commissioners on Friday sent a letter to the FCC advising the commission not to give VOIP providers including Vonage a waiver that would give the VoIP providers direct access to telephone numbers.

In its letter, NARUC argues that phone numbers are “a limited resource which must be utilized in the most efficient way to accommodate new entrants and new technologies into the telecommunications marketplace.” The association also argued that “poor management can lead to unnecessary exhaust of area codes requiring relief proceedings and development of implementation plans which are costly and can have a negative impact on both consumers and commerce.”

NARUC’s concerns stem from the fact that neither the North American Numbering Plan Administrator nor the Pooling Administrator has a mechanism to monitor utilization of numbers by unlicensed and non-certified VoIP and other IP-enabled service providers. NARUC noted that a resolution recently adopted by its members “stresses the importance of requiring all service providers (licensed and unlicensed, certificated and non-certificated, over the-top and embedded alike) to comply with numbering utilization and optimization requirements.”

NARUC’s concerns about rural areas relate to the fact that in some rural areas phone numbers are assigned to carriers in blocks of ten thousand unlike in metro areas, where they are typically assigned in blocks of a thousand. “Granting to the states the ability to determine which rate centers in the . . . state are available to unlicensed and non-certificated VoIP and IP-enabled service providers will promote conservation and optimization of number utilization,” NARUC argued.

As an alternative to granting the competitive carriers the waiver they request, NARUC advised the FCC to address the VoIP providers’ request by issuing a notice of proposed rulemaking. In the NPRM NARUC said the FCC should request input on issues such as: