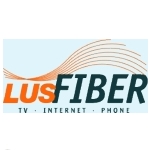 The Cajun country capital of Lafayette, Louisiana is joining the ranks of communities looking to transform themselves into  smart cities.  LUS Fiber, the broadband division of Lafayette Utilities System, announced that “ultra high-speed,” 1 Gbps FTTH service is now available throughout its network territory.

“We have raised the bar in order to make our community a place where technology companies want to locate,” commented Joey Durel, City-Parish President of Lafayette, Louisiana.

LUS Fiber notes that the U.S. ranks well behind world leaders Japan and South Korea, ranking 11th globally in terms of available Internet speeds. The community-owned broadband network operator is working to improve that. “Gigabit service from LUS Fiber is one of the most robust Internet offerings on the market today,” said Terry Huval, director of Lafayette Utilities System and LUS Fiber. “We built this community network with a promise to the people of Lafayette that we will work hard to provide them with new opportunities through this unique, state-of-the-art fiber technology…and that’s just what we’ve done.”

A still tenuous economic and jobs recovery has cities and municipalities across the nation vying to transform themselves into high-tech hubs for computing and telecommunications technology. Some, including LUS, have even deemed these services ‘utilities’ as vital to the sustainability of their communities as electricity and water, and they’re committed to investing in broadband infrastructure.

“Most communities nationwide are forced to purchase Internet service from telephone or cable providers whose networks relay heavily on existing copper infrastructure such as telephone wires or coaxial cable,” according to an LUS press release.