Cable companies seem to be content with sitting the upcoming 700 Mhz auction out. With the exception of Cox, most large MSOs have announced they have no plans to participate in this latest wireless spectrum auction. Perhaps they think the spectrum acquired at last year’s AWS spectrum auction gives them adequate wireless assets. Or maybe their Pivot experience has left a bad wireless taste in their mouth. Regardless, you have to wonder how/why cable MSOs have decided to pass on perhaps the best broadband wireless opportunity available to date.

Apparently, some heavyweight cable MSOs are not convinced that a wireless play is necessary to compete. Glenn Britt, CEO of Time Warner Cable was quoted at a recent UBS Securities Media & Entertainment conference as saying, “I don’t think the quad play is a big deal.” It remains to be seen whether Britt’s prediction is true. But I wonder whether he is missing the point. While it’s true that some customers may not place a ton of value on receiving mobile wireless, broadband, voice, and video from a single provider (at least not yet), the real point here is “broadband beyond the home.” As the technology matures, customers will see huge value in taking a true broadband experience with them when they leave the home. Broadband everywhere will soon be just as important as voice everywhere is today. The only way that’s accomplished is through a robust broadband wireless infrastructure. Service providers who are able to provide a broadband experience everywhere will have competitive advantage. All things being equal, it’s probably a safe bet to assume that a customer who is weighing options between two service providers may lean towards the one that can provide a broadband everywhere experience. I think Cox understands that, just as they understood the importance of offering voice service long before it was “en vogue” by cable companies. 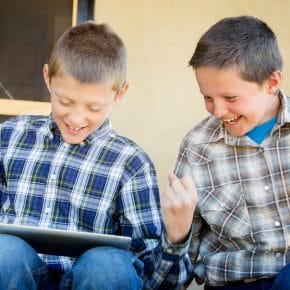