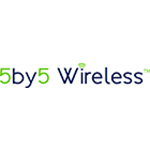 Remote rural areas are a key target market for new 5by5 Wireless technology  from a group of technology developers working within InventionShare, which provides inventors with “funding, talent, and processes” and will be the exclusive global agency for the licensing or acquisition of 5by5 Wireless inventions. The 5by5 technology uses a single 360-degree antenna to provide wireless coverage up to 25 miles from a low-cost base station. The final product can be tweaked depending on the use case, but in rural areas would operate in the UHF band (470-860 MHz), where it could support phone, broadband Internet and video service.

“We have a complete product — we can supply and brand a modem, antenna and TV set-top box,” said InventionShare Vice President Kensel J. Tracy in an interview, also noting that the company already is in discussion with two large U.S. carriers about the technology.  InventionShare already has deployed the technology in western Canada, Tracy said.

InventionShare 5by5 Wireless
Notable aspects of the 5by5 Wireless technology include the use of DOCSIS 3.0 and 3.1 technology and full-duplex operation. Unlike some other wireless transmission schemes, including those commonly used by mobile operators, Tracy noted that “we simultaneously send and receive” which he said has nearly the same impact as if the company would have doubled the spectrum used.

According to an InventionShare press release, 5by5 Wireless technology can support download speeds of 218 Mbps using 48 MHz of downstream bandwidth, and 32 Mbps upload speeds using 24 MHz of upstream bandwidth.

InventionShare also is looking at licensing a different version of the technology, dubbed 5Bars Wireless, to mobile equipment manufacturers, who would build the technology into existing handsets, where the full-duplex capability would boost mobile broadband performance. While traditional computer connections use full-duplex communications, mobile devices tend to use half-duplex, which inhibits performance, Tracy said.

Spectrum Considerations
The 470-860 MHz band in which 5by5 Wireless works includes bands already licensed to carriers, such as the 700 MHz band, as well as spectrum in the 600 MHz band that will be the target of the upcoming U.S. voluntary incentive auction that will give broadcasters the ability to relinquish spectrum in exchange for sharing in the auction proceeds.

Some of the spectrum within the 470-860 MHz band also is available for unlicensed use on a geographically-limited basis in the U.S. using TV white spaces database technology that determines where spectrum is not in use by a licensed operator. Currently 5by5 Wireless doesn’t support the database technology that potentially could enable small network operators to use spectrum without a license, but Tracy said that capability could be added if there was demand for it.