Home » IDC: Videoconferencing Equipment Revenues Down 10.7% in One Year 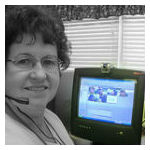 Looking at regional performance, the videoconferencing and telepresence systems market fell 14.1% year over year in the Asia-Pacific and 11.3% in Latin America. Revenues in Europe, the Middle East and Africa (EMEA) and North America both fell 8.8%. Quarterly gains were recorded in North America (up 5.5%) and the Asia-Pacific (1.9%), though the EMEA and Latin America regions registered quarterly declines of more than 20%.

Commenting on the latest market statistics, “The macroeconomic situation, including the recession in Europe and sequestration (i.e. budget cuts) in the U.S., produced a cautionary IT spending environment that carried over into the first half of 2013 with the spending outlook for the second half of the year not much more promising,” Rich Costello, IDC senior analyst, Enterprise Communications Infrastructure, was quoted as saying.

“In addition, and most significantly, we are definitely starting to see the impact of lower-cost video systems and more software-based products and offerings on the enterprise video equipment market.”

Key vendor highlights of the latest IDC report include:

“Despite the overall weak 2Q13 results in the worldwide enterprise videoconferencing equipment market, we are still seeing interest in videoconferencing being driven by integrations with vendors’ unified communications and collaboration portfolios, and the proliferation of video among desktop and mobile users,” senior research analyst for IDC’s Worldwide Networking Trackers Research Petr Jirovsky added. “Video as a key component of collaboration continues to place high on the list of priorities for many organizations.”