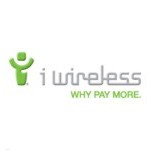 Touting data speeds 10x faster than currently available, Iowa’s ‘i wireless’ announced the launch of its 3G wireless network in Quad Cities, Cedar Rapids, Waterloo/Cedar Falls and Iowa City. Its partnership with T-Mobile USA extends their 3G footprint to include Des Moines and Ames, as well as the more than 130 cities across the U.S. serviced by T-Mobile, according to a news release.

“The launch, in conjunction with our partnership with T-Mobile USA and Iowa Independent Telephone Companies, will provide 10x faster data speeds that will greatly enrich our customer’s wireless experience in Iowa and across the US,” says Mike Haskins, CEO, i wireless.

The ‘i wireless’/T-Mobile network makes use of a UMTS/HSPA data network that it claims is the fastest 3G network in the country.i wireless, a partnership between T-Mobile USA and Iowa Network Services (which itself is a consortium of 127 Iowa based independent telcos), says it will expand the service to additional markets in Iowa and western Illinois next year.

Providing the means to access its new 3G network, i wireless offers 3G handsets from leading manufacturers including Motorola, HTC, Blackberry and Samsung and equipped with Android, Blackberry and Windows Mobile operating systems.