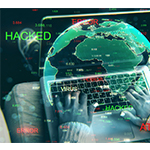 The cost of malware and malicious insider cyberattacks grew 12% in 2018 compared to the previous year, according to a report by Accenture and the Ponemon Institute. The two types of exploits now constitute one-third of company cybersecurity costs, the “Cost of Cybercrime Study” says.

The report found that malware and malicious insider attacks jumped 11% and 15%, respectively. The former now costs U.S. companies an average of $2.6 million annually and the latter $1.6 million. The combined totals equate to one-third of the $13 million average cybersecurity costs to companies, which is $1.3 million more than in 2017. The cost of phishing and social engineering attacks increased to $1.4 million on average. 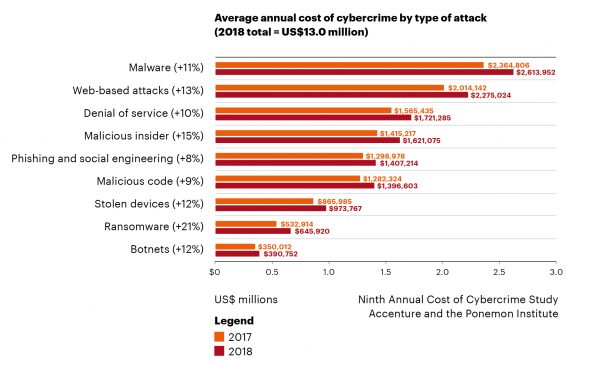 The report was based on input from more than 2,600 security and IT professionals at 355 organizations around the world. Other findings include:

Security threats indeed are growing. In December, Nokia’s Threat Intelligence Report 2019 said that IoT botnet activity accounted for 78% of malware detection in events for CSPs in 2018, a huge increase from the 33% figure in 2016.

Marketing Technology and Strategy for the Broadband Industry