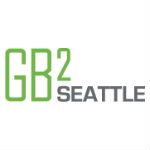 Seattle is set to be the next market to receive gigabit service, thanks to an agreement announced yesterday between the City of Seattle and Gigabit Squared, an organization that debuted earlier this year with the specific goal of building gigabit networks in six markets nationwide. The Seattle project, to be known as Gigabit Seattle, initially will focus on 12 neighborhoods.

In those neighborhoods Gigabit Squared plans to deploy fiber-to-the-home service supporting speeds up to 1 Gbps per customer as well as high-speed mobile access via cloud-based WiFi, which moves access point controller functionality to a centralized data center. In addition the company will target multi-family buildings and offices outside the initial 12 neighborhoods using point-to-point wireless supporting gigabit speeds.

The plan calls for Gigabit Squared to build the network, in part, by using excess fiber capacity previously installed by the city of Seattle. In an interview Gigabit Squared President Mark Ansboury said using that fiber “really reduces the cost of deployment and speeds up time to market.”

As a result, Ansboury said his company expects to “really reduce the cost of service and make it more affordable.” That expectation is “part of the value” that Gigabit Squared brings, said Ansboury, who referred to Gigabit Squared as a “socially conscious” organization.

Seattle is the second market where Gigabit Squared has announced plans for gigabit service and unlike with the previously announced project in Chicago’s Mid-South neighborhoods, Gigabit Squared is not receiving any outside funding. (The Chicago project includes cash infusions totaling $4 million from the University of Chicago, the State of Illinois and other sources, with Gigabit Squared contributing an additional $5 million.)

The agreement with the City of Seattle calls for Gigabit Squared to provide high-speed connectivity to various government locations. In exchange Gigabit Squared not only gets to use the city’s fiber but some other resources as well, Ansboury said. For example, he said Gigabit Squared might gain valuable roof access for its wireless equipment by agreeing to bring service to a public housing project.

The gigabit point-to-point wireless technology that Gigabit Squared plans to use operates at 11, 18, 24 or 60 GHz and uses licenses that are purchased on a per-installation basis, Ansboury explained. Which specific spectrum band is used for each individual installation will depend on the distance that needs to be covered, he said.

The cloud-based WiFi offering will simplify installation because individual access points will configure themselves through a link to the cloud-based access point controller. Equipment supporting this approach recently became available from several manufacturers including Adtran, Ansboury said.

Many Gigabit Squared access points will be connected to fiber, enhancing capacity, Ansboury said. “When we do fiber in the neighborhood, we’re also putting wireless access points on that fiber,” he said. “We’re not trying to re-use capacity among a bunch of access points.”

Gigabit Squared initially had $200 million in capital available to go toward the cost of building its planned six networks but the total amount of money invested will be higher because some project costs will be funded through debt, Ansboury said. The specific funding arrangements will vary from one project to another, he said.

The Seattle project, like the Chicago project, may be expanded depending on Gigabit Squared’s success with its initial build.