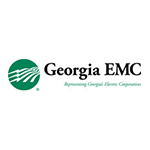 The latest example comes from Diverse Power Inc. and its internet affiliate Kudzu Networks, who have filed documents with the state public utilities commission regarding the purchase of fixed wireless broadband provider South Georgia Regional Information Technology Authority (SGRITA). Diverse/Kudzu and SGRITA operate in rural areas of the state and serve some of the same counties.

Diverse/Kudzu did not immediately reply to an email from Telecompetitor asking whether plans for SGRITA included upgrading current broadband service, which according to the SGRITA website, supports service at speeds of 2 Mbps or 5 Mbps using fixed LTE.

“Our board of directors, who live and work in rural communities, thought it important enough to step up and play a role in providing what is becoming an essential service for our members and communities to remain competitive and vital in the 21st century,” said Diverse Power President and CEO Wayne Livingston in a press release from Georgia EMC, an association that represents Georgia’s 41 electric cooperatives.

Electric cooperative broadband is on the rise nationwide as more states have passed laws encouraging the utility companies to offer broadband. Rural utility companies were some of the biggest winners in the 2018 Connect America Fund CAF II auction, which awarded $1.4 billion over 10 years in rural broadband funding. The electric utilities also are likely to be major participants in the Rural Digital Opportunity Fund (RDOF) auction, a rural broadband funding auction scheduled to start in October.