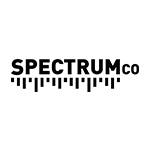 The deployment used Spectrum Co.’s Garland, Tex., Single Frequency Network (SFN) site, as part of the country’s first major market conversion to the Next Gen broadcast standard. Spectrum Co. is a consortium of broadcasters leading the transition to ATSC 3.0.

DISH ATSC 3.0 Trial
DISH’s 700 MHz E Block could provide coverage to 95% of the license areas in the U.S., according to DISH. Additionally, DISH’s uplink spectrum assets could be used to provide a unique, dedicated reverse link channel for broadcast data applications.

Spectrum Co. is defining the requirements of the Dallas SFN deployment project.  Sinclair Broadcast Group and American Tower Corporation, working within a memorandum of understanding that will help shape future joint activity, have deployed and are commissioning multiple sites that will support multiple channels as part of this SFN network. Two 6 MHz channels have been committed by market broadcasters (Univision and Cunningham Broadcasting Corporation) to Next Gen service transmission infrastructure that will also accommodate DISH’s licensed E-Block spectrum. DISH is participating in this important Spectrum Co. project and will be able to share in and benefit from the understanding that evolves during the operation of this pilot deployment.

“We’re seeking innovative ways of bringing next-generation technologies and services, like ATSC 3.0, to American consumers,” said Tom Cullen, DISH executive vice president of corporate development, in a prepared statement. “This trial helps us not only pursue opportunities with ‘Next Gen’ TV technology, but also identify synergies with our IoT and future 5G plans, for example broadcasting data to connected cars.”