Home » Digital Voice Activated Assistants Forecast to be in Over 2 Percent of U.S. Households This Year 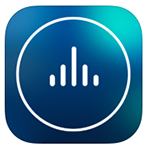 That’s going to rise to 11.5 percent (13.9 million households) in 2020, according to a press release. The U.S. will account for 100 percent of worldwide digital voice activated assistant sales this year, a market share that will drop to 61 percent in 2020 when global sales will total 15.1 million units, Strategy Analytics expects.

Amazon’s Echo will account for the large bulk of digital voice activated assistant devices sold this year. Usage is centered on the home, where household members use the devices to play music, control thermostats and lighting, as well as go online to get news and traffic updates, David Watkins, director of Strategy Analytics’ connected home devices service said.

Google, Apple, Microsoft and Samsung have invested heavily in developing voice functionality for phones and PCs, he added. ¨[T]hey will engage Amazon in a virtual war to apply this tech to own the home in a future where people manage everyday tasks and control more things at home, be it lighting or the fridge, and beyond, such as the car and at work, simply by talking to an ever-present digital assistant.”

Digital Voice Activated Assistants Forecast
It’s early days for digital voice activated devices. Only 23 percent of U.S. smartphone owners make use of the technology on a weekly basis even though it has been widely publicized, Strategy Analytics points out in its inaugural ¨Voice Interfaces and Digital Assistants¨ report. In most cases voice activated control isn’t used simply because end users don’t know it’s there, Watkins said.

Some 39 million devices equipped with voice activated functionality were sold globally in 2015. That includes smart TVs, game consoles and set-top boxes but excludes phones and PCs.

Eighty-eight million devices with voice activated functionality will be shipped this year, according to Strategy Analytics. That will rise to 347 million by 2020, at which time some 970 million will be in use around the world.