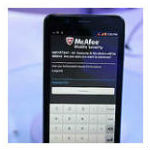 The benefits of mobile network access are rippling through society and driving explosive growth in mobile devices and cloud services. But counterbalancing gains in productivity, adaptability and convenience are increased security risks and threats, as a new report on cyber threat reveals.

The networks of more than 60% of the 750 information security professionals surveyed by CyberEdge Group LLC for its inaugural Cyberthreat Defense Report had been breached in 2013. One-quarter said employer investment in adequate defenses was lacking. When it comes to security, mobile devices are perceived as the weakest link in the network chain.

“For years, Verizon has done a tremendous job assessing the current state of the cyberthreat landscape. But aside from a few vendor-leaning reports, no independent research firm has conducted a formal study to adequately assess the perceptions of IT security practitioners and the security posture of their employer’s networks. That ends today with the launch of our inaugural Cyberthreat Defense Report,” CyberEdge CEO Steve Piper was quoted in a press release.

“As security professionals, it’s not only important to know what threats are coming at us, but what our peers are doing about them. This report provides this level of insight in a purely unbiased way.”