Cox said yesterday that it will allocate $60 million over the next year toward closing what the company calls the “digital learning gap.” The company’s CEO Pat Esser made the announcement on a webcast with media, where several other participants, including James Steyer, founder and CEO of Common Sense, a non-profit organization focused on education and technology, discussed broadband connectivity issues that have created major challenges as K-12 schools nationwide have largely moved to online teaching and learning during the COVID-19 pandemic.

According to Steyer, 16 million K-12 students, representing 30% of the K-12 population, live in households without adequate broadband or that lack a broadband device, including 9 million that have neither connectivity nor a device. Equally troubling, between 300,000 and 400,000, or about 10% of K-12 teachers lack adequate broadband, according to Common Sense.

“It’s not just about getting homework done any more,” said Esser. “It’s about giving our kids the ability to show up and participate.”

Regarding the $60 million, Cox CEO Esser simply said, “We are strengthening our commitment to the digital learning gap for our Connect2Compete program with a $60 million pledge over the next year.”

Connect2Compete is Cox’s offering that provides discounted internet for low-income families with a K-12 child participating in a government assisted program.

A Cox press release offers only a bit more detail on this digital learning gap initiative.

“Cox offers a variety of connectivity solutions to districts that are subsidizing internet to better support students and educators as they implement virtual learning and teleworking in their homes,” Cox says in the press release.

The press release wording underscores the notion that the $60 million will take the form of subsidies for Cox internet offerings.

In the release, the company outlines several initiatives that comprise what the company calls “Cox CARES Act Solutions for Education.” The Coronavirus Aid, Relief and Economic Security (CARES) Act made $16 billion available for remote learning and educational initiatives.

The CARES Act Solutions for Education include:

In his remarks, Esser emphasized the need for a company like Cox to work closely with partners such as school districts and organizations such as Boys and Girls Clubs of America to help close the digital learning gap.

Also on hand for the webcast, Michael Powell, president and CEO of NTCA – The Internet & Television Association, pointed to the participation of Cox and other service providers in the K-12 Bridge to Broadband program, which matches broadband providers with school districts to enable the school districts to sign up eligible households for discounted internet connectivity. 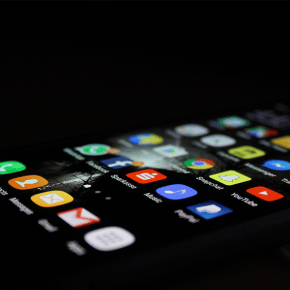