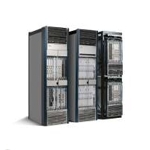 Cisco yesterday unveiled the latest in its flagship Carrier Routing System line of Internet networking platforms: capable of delivering up to 322 terabits (tbs) per second of throughput, the CRS-3 triples the capacity of the CRS-1 and offers 12 times the traffic-handling capacity of its nearest competitor, according to the news release.

The CRS-3 is Cisco’s “flagship router of the future and serves as the foundation for the world’s most intelligent and advanced broadband networks,” Cisco svp and general manager Pankaj Patel stated.

Bringing home the point, Cisco put out some interesting hypothetical statistics. According to Cisco, the new CRS-3 could perform the following:

AT&T recently tested the CRS-3 as part of a successful world-first field trial of 100-gigabit backbone network technology. “We are entering the next stage of global communication and entertainment services and applications, which requires a new set of advanced Internet networking technologies. AT&T’s network handled 40 percent more traffic in 2009 than it did in the previous year, and we continue to see this growth in 2010,” president and CEO Keith Cambron commented. 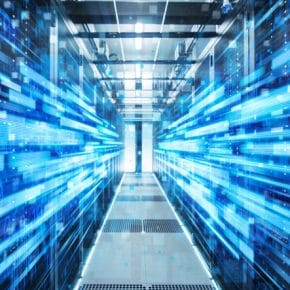 One thought on “Cisco Claims Router Domination With New CRS-3”