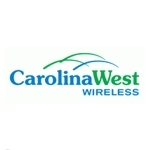 “Ericsson has a field-proven VoLTE solution, and we’re making the investments today that will help us evolve our networks tomorrow,” said Carolina West Wireless Chief Executive Officer Slayton Stewart in a press release. “Ericsson has been a long-standing partner of ours, and their end-to-end 5G-ready solution offerings allow us to provide our customers with the most advanced technology.”

LTE is been hampered by its inability to natively offer voice services. The industry has attempted during the past several years to alleviate this issue, and the Ericsson offering suggests that progress has been made, with options for smaller operators. The VoLTE functionality is expected to provide subscribers with flexibility and easily used communications services on their devices, which will move seamlessly between types of access. For instance, people will be able to move from LTE to WiFi.

The two companies also are preparing for 5G. They will densify Carolina West Wireless’s network. Ericsson will provide 3GPP standards-based 5G New Radio hardware and software that will enable the provider to jump into the 5G game when it makes sense.

Two years ago, Carolina West Wireless said that it had won broadcast spectrum in the 600 MHz band with a bid of $10.2 million. The spectrum covers more than 22 million people in 32 counties in western North Carolina and northeastern Tennessee. Spectrum in that range is used for longer distances than higher frequency bandwidth and, for that reason, is considered especially beneficial for rural carriers.

One thought on “Carolina West Wireless Gets Ready for 5G, VoLTE”