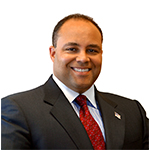 Representatives of three broadband provider associations held a press conference today to attempt to debunk what one representative called “overexaggerated” and “catastrophic” Net Neutrality fears on the part of the American public. The action came just one day before the FCC is expected to vote to strike down Net Neutrality guidelines that have been in place for several years.

“Your internet Thursday afternoon will not change in any substantial [way] . . . nor will it . . . a year from now,” pledged Michael Powell, president and CEO of NCTA – The Internet & Television Association, who expressed the concerns about the publics’ Net Neutrality fears.

Powell also expressed concerns about Title II regulation that came along with Net Neutrality (also known as Open Internet) and argued that legislators were the ones who should establish Open Internet guidelines. In addition, he said the Federal Trade Commission, rather than the FCC, is in a better position to oversee the commercial practices of broadband providers.

Net Neutrality Fears
Broadband providers like the Open Internet, Powell said. He argued that providers are more profitable when they comply with the Open Internet guidelines that prevent providers from favoring one type of traffic over another and which the FCC is poised to overturn.

“We make a lot of money because the network is open,” said Powell. “It makes money when it is filled to capacity. The more innovation on that pipe, the more [valuable] it becomes to the user.”

The reasons service providers support the reversal of Net Neutrality guidelines pertain to two key concerns. One is that in imposing the current Net Neutrality guidelines, the previous FCC administration also reclassified broadband as a more heavily regulated Title II telecommunications service, rather than a Title I information service, as it had previously been classified.

That classification “allows the FCC to regulate virtually every facet of internet service delivery,” Powell said. This, he said, acts as a brake on innovation and decreases the amount of investment that broadband providers are willing to make in their networks.

Baker noted, for example, that wireless carrier capital expenditures dropped 17% in the first full year of Title II regulation. (I would question, however, whether that decrease also may have occurred, at least in part, because wireless carriers had largely completed their LTE deployments by that time and had not yet started on their 5G deployments.)

Another of broadband providers’ concerns about Net Neutrality regulation is that those regulations only apply to them and not to other players in the internet ecosystem such as Google and Amazon.

Companies such as those “regularly engage in blocking, [offering] a fast lane for a fee and prioritizing users” – the exact practices Net Neutrality rules are intended to prevent, Powell said.

The solution, he said, would be for the FTC to be the key regulator of the commercial practices of both broadband providers and webscale companies.

“Consumers deserve one consistent standard of protection across the online world,” said Spalter.

Net Neutrality rules have gone back and forth from one FCC administration to another – and that, Powell said, is the reason a legislative solution is needed.