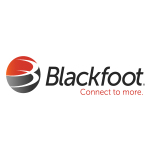 Blackfoot, which owns and operates what it says is the largest multi-gigabit network in the Missoula, Montana region, has launched Blackfoot Carrier Services.

The business unit, which will offer wholesale and carrier infrastructure and services, will be based on expanding partnerships in the Pacific Northwest and Mountain West regions.

Blackfoot has a redundant fiber network that connects to multiple tier 1 Internet providers. The company says that it serves more than 20,000 locations.

“Over the last 24 months, we have experienced remarkable growth in delivering wholesale voice and data solutions to customers around the world,” said Blackfoot CEO Jason Williams in a press release. “By forming Blackfoot Carrier Services, we are adding more resources to our carrier services team, strengthening our relationships with leading network providers.”

In April, Blackfoot launched C2M beta, an initiative aimed at providing startups with access to its technology infrastructure, expertise and customers across its 16-state region. The first announced client was Audience Awards, a crowd-sourced marketing solution to global brands.

The company was named a Cisco Premier Partner with Advanced Core and WAN specializations in July of 2016.

Blackfoot is also no stranger to acquisition, having acquired FairPoint Communications’ Idaho operations back in 2012, as well as Modwest, a local web hosting company that same year.