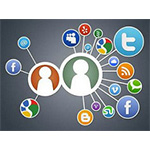 When it comes to assuring their online privacy, more Americans than ever don’t trust social media networks, according to a new survey about attitudes toward social media privacy produced by Lincoln Park Strategies and Rad Campaign the Craig Newmark Foundation. Moreover, many don’t believe current laws are adequate.

That hasn’t stopped Internet users from making frequent use of social media – quite the contrary in fact. According to survey results, 8 in 10 said they’re using social media daily. Nevertheless 96 percent said they don’t trust that social media network companies will protect their online privacy.

“Use of social media is up, but so is distrust,” Craig’s List founder Craig Newmark was quoted in a press release about the survey on attitudes toward social media privacy. “And many people don’t think our current privacy laws are strong enough.” Newmark helped sponsor the survey.

Attitudes Toward Social Media Privacy
Furthermore, according to the survey results:

Turning to perceived threats, respondents said they were most concerned about downloading a virus or malware (80%), identity theft (75%), insertion of cookies without their consent (72%), and too much personal information being made public (71%).

These numbers have stayed about level over the past two years, Rad Campaign’s Allyson Kapin commented. “It appears almost no one believes any progress is being made to protect people’s online privacy. Social networks need to be good corporate citizens and be fully transparent about how people’s personal data are being used and take the necessary steps to protect their data.”

“We are however seeing a rising skepticism people hold around the ability for these companies to do the right thing when it comes to privacy and data. Social media need to do the necessary work to build more trust among users.”