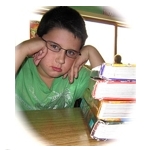 Americans’ views regarding the infiltration of digital networks and information and communications technology (ICT) into just about every aspect of their lives is a bit complicated. Strong majorities believe all this digital ICT is creating a lazy society (73 percent). On the other hand, 71 percent believe it has improved the overall quality of life, according to The Harris Poll.

Furthermore, more than 7 in 10 Americans (73 percent) of the 2,220 adults Harris surveyed online this past June believe ICT has become too distracting. Seven in 10 (69 percent) said that it’s ¨corrupting interpersonal communications,¨ and nearly 6 in 10 (59 percent) said it’s having a negative impact on literacy.

In terms of positive impacts, 7 in 10 (68 percent) said ICT encourages people to be more creative. Well over 4 in 10 (46 percent) said it has improved their relationships with friends.

Attitudes Toward ICT
Lower percentages said ICT has had a positive effect on their work productivity (36 percent), as well as on their work life (35 percent). Nearly one-quarter (23 percent) disagreed.

Examining responses across different age groups, the latest Harris Poll results show that Millennials are more likely to say that technology has had a positive effects on just about all aspects of their lives. This includes:

Turning to the effects of ICT among those of different genders Harris Poll found:

Furthermore, most men are more likely to believe technology has had a positive effect on several functional aspects of their lives, Harris points out: