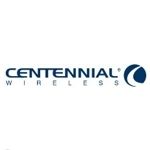 The Dept. of Justice has cleared the way for AT&T to complete its acquisition of New Jersey-based wireless service provider Centennial Communications Corp. The DoJ’s approval comes with the caveat that AT&T divest  Centennial operations in eight service areas in Louisiana and Mississippi.

AT&T’s $8.50-per-share cash offer was approved by Centennial’s shareholders in February subject to approval by the FCC and other standard closing conditions.  In May, AT&T announced a definitive agreement to sell five of the Centennial operations in service areas stipulated by the DoJ yesterday.  The identified markets that AT&T will have to divest  include Alexandria, La., Lafayette, La., LA-3 (DeSoto), LA-5 (Beauregard), LA-6 (Iberville), LA-7 (West Feliciana), MS-8 (Claiborne) and MS-9 (Copiah). AT&T expects the merger to close this Q4.

Acquiring Centennial adds some 1.1 million wireless subscribers and 694,900 access lines plus equivalents stretching across six states in the Midwest and Southeast to AT&T’s wireless business.  Centennial also brings wireless networks and an integrated voice, data and Internet service business in Puerto Rico and the US Virgin Islands into the AT&T fold.

“We are pleased with the Department of Justice’s decision and see it as an important step toward closing our acquisition of Centennial,” Wayne Watts, AT&T senior executive vice president and general counsel, said in a news release.