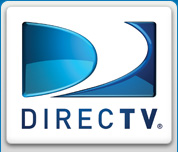 AT&T and DirecTV announced an agreement where AT&T will resell DirecTV services as a part of their “AT&T Advanced TV” video portfolio. The agreement will begin after January 31, 2009, when AT&T’s current agreement with DISH Networks expires. It’s a big, although expected, blow to DISH Networks, who had great success with leveraging their AT&T partnership for subscriber growth. Observers from afar could conclude that AT&T stopped aggressively marketing their DISH bundle in favor of U-verse long ago, which certainly contributed to DISH’s slowing subscriber growth, culminating with an actual decline in subscriber counts in 2Q08.

“Our focus is on providing customers with a better TV experience than cable,” said Jeff Weber, AT&T vice president-Video and Entertainment in a company statement. “AT&T | DIRECTV complements our premier AT&T U-verse TV service and gives customers another great choice for state-of-the-art, 100 percent digital programming.” DirecTV now has a virtual coup with “bell company” telco partnerships, including agreements with Verizon, Qwest, and AT&T. DISH has current resale agreements with large independents, including EMBARQ, Windstream, and CenturyTel. Now the real question – how long before AT&T buys DirecTV?