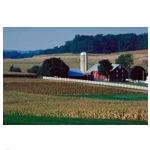 In an email to Telecompetitor, an ATIS spokesperson said the project, to be known as the Joint National Call Testing Project, is “designed to provide an opportunity for an originating service provider . . .  to identify any call failures and for carriers on both ends of the call to troubleshoot shortly thereafter.”

Calls not going through to rural areas has been an important issue for service providers serving those areas, who believe certain long-distance carriers or least-cost routers who handle calls for the long-distance carriers are deliberately failing to complete calls to rural areas as a means of avoiding the payment of per-minute access charges to the rural carriers serving the called parties.  Those access charges tend to be higher in rural areas to help cover the costs of delivering service to those areas.

When calls do not go through to rural areas, rural carriers say their customers put their businesses and even their lives at risk.

“Identifying and researching . . . failures as they occur will enable originating carriers to capture network and routing data relative to these failures and use the data to enhance internal network performance and/or underlying carrier performance as necessary,” the ATIS spokesperson said. The testing program also will facilitate cooperative trouble resolution efforts and potentially could provide input toward a future revision of an industry call completion handbook, according to the spokesperson.

Participation in the testing program is voluntary. Testing will be conducted based on an industry-created Joint Test Plan Agreement, the ATIS spokesperson said. The spokesperson declined to share a copy of that agreement, noting that some of its terms are subject to non-disclosure.

The ATIS and NECA plan comes just one month after the FCC told service providers they needed to do more to resolve call completion problems.