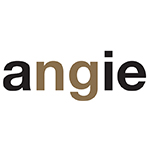 Angie Communications, which calls itself the world’s largest telecom startup, has ambitious gigabit plans – including bringing Angie gigabit service to several markets that Google Fiber planned to serve but later halted and to 87 other markets.

Angie has a unique business model that will use fiber that other network operators deployed to business buildings as the backhaul infrastructure for wireless gigabit services. Back in December the company announced that it would offer service at speeds up to 10 Gbps to business customers in 10,000 buildings in 87 markets reached by fiber operators with whom Angie has business agreements. At that time, the company also noted that it has used that strategy in other parts of the world, where the fiber connectivity to the buildings also serves as backhaul infrastructure for gigabit wireless service.

A close reading of a press release issued today reveals that the company plans to offer gigabit wireless capability, which the company calls “Gigabit Cities projects,” in the 87 markets announced in December and in certain halted Google Fiber markets. A comparison of the eight markets that Google Fiber halted with Angie’s list of planned markets reveals four markets in common, including Dallas, Los Angeles, Phoenix and San Jose.

The Angie Communications strategy also calls for providing backhaul connectivity to wireless providers and for bringing fiber to some “premises.” The latter term apparently references locations that would be served using passive optical networking, as the company differentiates between “premises” and “buildings.” The term “buildings” apparently applies to business buildings with point-to-point fiber connections. The company said that in some cases it would install fiber – apparently point-to-point fiber — from currently served buildings to neighboring buildings and would not charge customers in the new buildings for construction costs.

The company noted that more than 30,000 buildings nationwide are already connected by one of its partners. The company’s goal is to connect 100,000 buildings and 5 million premises in the U.S. with fiber over the next five years, today’s press release states.

Angie does not plan to deploy additional infrastructure itself, however. Instead the company has agreements with companies that specialize in infrastructure rollouts, including Bear Communications, which was one of the first companies hired to build Google Fiber’s fiber-to-the-home network in Kansas City.

Wireless Extreme is a Blanketed Offering
Angie also is taking a unique approach to its gigabit wireless service, dubbed Wireless Extreme. The service will be rolled out beginning in Los Angeles and New York within the next few months and will be a blanketed offering which, as the company explains in a video, will allow consumers to access gigabit wireless in their home, office or in a coffee shop.

The company is offering a special introductory price for the service of $30 a month and says it plans to reach “the rest of the U.S.” with the service in 2017 to 2018.  “By year end 2019, almost the entire USA will be ‘Extreme,’” Angie boasts on a webpage about the wireless offerings.

That may seem like an unrealistic goal – and perhaps it will be. Nevertheless, the company seems to have carefully planned its offering. For example, the company said it has been developing strategic partnerships for years. In addition, the company said it already has gained landlord approval to install wireless equipment on the rooftops of many of the buildings on its network.