Home » Accenture: 77% of Consumers Use a Computer While Watching TV 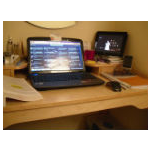 A fundamental transformation of video viewing and media usage is taking place in countries around the world. The latest evidence comes from multinational management consultancy Accenture.

Traditional linear TV broadcasting is losing its hold on viewers around the world, as growing numbers of people are multi-tasking – using second and third screens to scan the Web, share thoughts and information via social media and blog sites, and perform other tasks while watching broadcast programming. They’re also increasingly turning to the Internet to watch Over-The-Top (OTT) video services for on-demand content, according to Accenture’s third annual “Video Over the Internet Consumer Survey.”

Surveying 3501consumers across six countries – the U.S., U.K., France, Spain, Italy and Brazil – Accenture found that 90% of respondents said they watch some video over the Internet. More than three-quarters (77%) said they regularly use their computers and laptops while watching TV, a sharp 16% increase from last year’s results.

Usage of all types of wireless devices while watching TV rose, though the use of tablets increased most, increasing from 11% to 44%.

“Consumers can’t just watch TV anymore,” Francesco Venturini, broadcast lead for Accenture’s Media & Entertainment industry group, was quoted in a press release. “The rise in multitasking while watching TV suggests that scheduled programming, also known as Linear TV, may be losing its appeal for sophisticated users, presenting both challenges and opportunities for broadcasters and content providers.”

“As the tablet becomes a key companion to today’s viewers, monetizing this second screen experience must be explored,” said Venturini. “This is an example of over-the-top applications and convergence presenting the industry with new challenges.

It’s not surprising, given the proliferation of mobile connected devices and our thirst for information and entertainment, that Accenture found viewers are increasingly sophisticated in the use of digital media. Sixty-five percent of respondents reported they use a PC or laptop to watch video over the Internet at least once a week, up from 59% in last year’s survey.

Thirty-one percent reported they use a mobile or smartphone to watch OTT video, up from 24% last year, while those who used tablets increased to 22% from 14%.

Viewing and device usage patterns are changing as viewers become more accustomed to the various connected devices. More viewers are using PCs and laptops to watch full-length movies and TV series: 47% in the 2013 survey as compared to 41% in 2012’s. Tablet viewing rose to 33% from 27%.

Smartphones, on the other hand, are increasingly being used to watch short video clips: 49% of respondents reported doing so in 2013 as compared to 44% in 2012.

Given the increased sophistication and desire for personalized viewing experiences, service providers would do well “to create ‘digital relationships’ with consumers to improve interactions, develop better insights into individual consumer preferences, and deliver a more customized consumer experience,” according to Accenture.

Though smart, connected TVs are the “ideal” method for accessing online video according to Accenture, researchers found that viewers’ preference for using connected TVs for online videos dropped from 36% in 2012 to 31% in 2013.

“We would have expected consumers to have a better understanding of their options by now considering the sizeable marketing push by the television electronics industry to promote connected TVs,” said Venturini. “A big gap still remains between the availability of video services, content discovery programs and consumers’ ability to access these capabilities.”