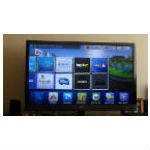 The global market for smart set-top boxes and dongles will surpass 18 million units in 2013, according to an upwardly revised forecast from ABI Research. The revised forecast is driven by greater mobile connectivity and lower prices.

ABI analysts forecast the market for smart set-top boxes and dongles will grow at a 10.8% constant annual growth rate (CAGR) from 2013-2018 “with less saturated and developing markets (from connected and OTT perspectives) like Asia-Pacific and Latin America” helping to drive growth.

“Despite stiff competition from a range of connected CE devices, the smart set-top box and dongle market offers an equally compelling user experience, often at significantly lower price points. Google’s Chromecast device in particular sets a new low price bar for the connected CE market and as more applications are added to its library its value to price ratio will continue to grow,” ABI senior analyst Michael Inouye commented.

A greater variety of dongle form factors should arise in the smart set-top box market as new technologies such as MHL (Multiple High-Definition Link) emerge and gain traction, though “the puck will remain highly relevant,” according to ABI. This will allow lower tier TV manufacturers to separate the connected TV element of their sets, which will keep prices down and enable customers to upgrade as they want to without replacing the TV or buying “costly and proprietary upgrade modules.”

Added ABI practice director Sam Rosen, “If Sony secures the rights to distribute live cable channels from Viacom, partnerships such as this allude to a content future quite different from the one many are accustomed to today.

“Content holders are already forging more direct relationships to viewers and this would be a natural step forward, but the Pay TV operators are likewise evolving and adapting to this changing market environment. The amalgamation of Pay TV and OTT will become increasingly important, suggesting Google TV’s vision might have come too early but might grow into this role as a bridge or new entrants like Microsoft’s Xbox One might fully realize this unified vision.”