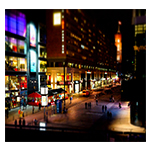 A new report from ABI Research says that Mobile Service Providers (MSPs) can use their strength and expertise to gain significant indirect and direct revenues from the smart city between now and 2023. By the end of that period, ABI expects a $7.6 billion network vendor/ wireless carrier smart city  opportunity – if they innovate now, the research firm said.

Some MSPs have undertaken significant innovative projects, according to ABI Research, but the challenge is to scale the offerings. As an example, ABI pointed to Verizon’s smart city strategy; AT&T’s gathering of a wide range of partners to deliver spotlight cities solutions, British Telecom’s analytic capabilities and Deutsche Telekom’s NB-IoT deployments.

Wireless Carrier Smart City Opportunity
All MSPs are interested in the wireless carrier smart city opportunity, which shows how crucial is the smart cities segment for the future of MSPs. “Smart cities is a huge and complex market, where a traditional vertical focus is now co-existing with a cross-vertical trend that is gaining momentum. The size of the market, with all its different sub-verticals, means that MSPs can target and assume various roles from system integrators to platform providers,” said Pablo Tomasi, Senior Analyst at ABI Research, in a prepared statement.  “While the opportunity is huge, competition is mounting, as proven by network vendors’ aggressive activities in the platform space. MSPs need to balance competition and prioritize innovative business models, for instance, based on advertising or performance-based revenues, rather than waiting and fostering the marketing trend centered on the role and potential of 5G in smart cities.”