Home » Zayo Could Be Next Telecom REIT 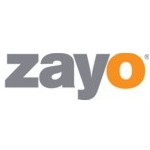 Fiber network operator Zayo said it has completed the first phase of an investigation on the advisability and feasibility of a conversion to a real estate investment trust (REIT). The investigation indicated that the company likely has alternatives that would enable REIT conversion. If that were to occur, the Zayo telecom REIT would gain certain tax advantages and would be the nation’s second such entity.

Zayo Chairman and CEO Dan Caruso said a REIT conversion potentially would be an “avenue of value creation” and is a high priority for the company, although he cautioned that “the timing and probability of conversion remains uncertain.”

Zayo Telecom REIT
Real estate investment trusts pay a large portion of income as dividends and avoid corporate tax on that money. Traditional REITs are real estate companies, but several years ago, Windstream asked the IRS for permission to spin out a REIT whose holdings would be the carrier’s fiber and copper network assets. The goal was to free up money for network investment. The IRS supported Windstream’s plan, which led to the spinoff in 2015 of Communications Sales & Leasing, a telecom REIT whose name was later changed to Uniti Group.

In a press release, Zayo said it has begun a direct dialog with the IRS with the goal of obtaining “clarity and support” for its position, which may include seeking a private letter ruling from the IRS. The company also has begun to execute organizational changes required to operate as a REIT, including the realignment of business segments to clearly delineate the leasing of network assets from ancillary services.

At the time the Windstream REIT was created, some industry observers expected other carriers to follow Windstream’s move but that didn’t happen for several reasons. One key reason is Uniti Group’s stock performance, which has been trending downwards – although that appears to be related, in large part, to Windstream’s stock value, which has been declining as the company struggles with transitioning from being a legacy telco to a broadband and enterprise-focused carrier. Uniti Group has gained additional assets from sources other than Windstream since the spinoff but still gets the majority of its revenue from Windstream, which leases the spun-off assets from Uniti Group.

Another reason some telecom companies have not considered a REIT spinoff is that some of them believe they would lose at least some control over their networks – although only fiber and copper can be included in a REIT, not the transmission equipment that enables the copper and fiber to carry communications traffic. As Mark Wallace, Uniti Group CFO, has explained at various investor conferences, dark fiber is a great fit for a telecom REIT strategy.

At an investor conference last year, however, Wallace pointed to another factor that he said would make it difficult for other telecom companies to create a REIT. According to him, the IRS issued new regulations after the Windstream spinoff that made future REIT spinoffs from C corporations less attractive. C corporations undertaking REIT spinoffs can no longer get the benefits until years after the spinoff, he said.

When asked about Wallace’s comments, a Zayo spokesperson said, “We can’t comment on what other REITs say or what their view of REIT-ability is.”

Zayo has grown substantially over the years, in large part through acquisitions, and has holdings worldwide. Asked about how those holdings would figure into any REIT plans, the spokesperson said the company was in the early stages of a REIT conversion and “[w]e have not made decisions about what we might look like as a REIT.”

In the press release about a possible Zayo telecom REIT, however, the company did say its business realignment plans would include the separation and potential divestiture or deconsolidation of Zayo’s Allstream business segment. Zayo acquired Canadian operator Allstream in 2016 and according to the Zayo spokesperson, Zayo’s goal all along has been to deconsolidate Allstream’s financials from Zayo.

“Zayo is in the communications infrastructure business with wholesale, carrier and large enterprise customers,” the spokesperson said. “Allstream provides telecommunications services to enterprise and SMB customers. They are fundamentally different businesses with different products, different customers and different economics.”