Fiber provider Zayo has branched out from its traditional business with ENA Ally, a hardware-neutral service that enables K-12 schools to face a variety of IT challenges without hiring personnel.

The offering is the latest example of Zayo’s newer focus on the educational market, a strategy that included the purchase of Education Networks of America (ENA).

Workforce challenges: Seven in 10 “digital leaders” say that their companies cannot keep pace with change due to worker shortages, according to a Gartner survey cited in the press release. ENA Ally offers customized consulting and implantation services to school districts — which are heavily reliant on IT both for administration and teaching — to help them deal with IT worker shortages.

Cybersecurity: Zayo says that school districts have experienced a sharp increase in cyberattacks during the past two years and that only 14% describe themselves as “very prepared.” Zayo says that ENA Ally can protect operational environments and provide ongoing network security management.

“The education sector plays a critical role in maintaining and growing our overall socioeconomic well-being. Our top priority is to provide our K-12 customers with solutions to help alleviate some of the immense challenges they are facing and ensure students have safe and equitable access to digital learning opportunities, regardless of their infrastructure,” ENA by Zayo President Michael McKerley, said in a press release.

“With ENA Ally, schools can leverage nationally recognized engineers to address workforce shortages, enable them to secure their digital learning environments and bridge the digital divides that exist both on and off their campuses.”

Zayo says that the launch of ENA Ally was enhanced by the acquisition of Education Networks of America (ENA). Zayo announced a definitive agreement to acquire the company in early March. ENA, which was based in Nashville, targeted K-12, higher education, libraries and government organizations. It specialized in E-Rate programs.

The deal closed in early June. 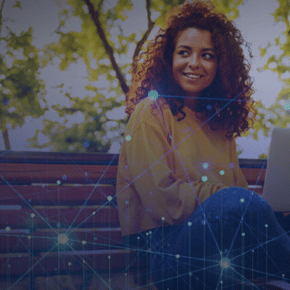