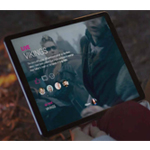 T-Mobile has closed on its acquisition of Layer 3 TV, positioning the wireless carrier to attempt to disrupt the pay TV industry with T-Mobile TV. From all indications, T-Mobile looks to bring its ‘uncarrier’ attitude that it’s used successfully to shake up the wireless industry to the $100 billion U.S. pay TV market.

“We know people love their TV, but hate their TV providers. But, the reaction to our announcement last month took even me by surprise. People are ready for choice and change! Well, good news ‘cause that’s exactly what we’re gonna bring!” said John Legere, President and CEO of T-Mobile in a press release. “I can’t wait to take the fight to Big Cable and Satellite TV on behalf of consumers everywhere!”

Put another way, Legere says in a video, “We’re going to uncarrier that [expletive].”

T-Mobile TV
T-Mobile will launch this service in 2018 and is inviting interested customers to sign up for more info at a T-Mobile TV website. Details of the service are a little thin right now, but the website does reveal some plans T-Mobile has for the service.

There is a screenshot on this website showing both a big screen TV and a mobile phone featuring DVR service. In true T-Mobile fashion, the screenshot features a magenta colored interface.

Layer 3 is an IPTV start up with operations in several markets including Chicago, Los Angeles, and Washington DC, among others. They also partnered with a municipal broadband provider in Longmont, Colorado. Layer 3 currently offers a fully featured IPTV service including 4K UHD, whole home DVR, and TV Everywhere. Their current service relies on in-home STBs, which will be interesting to see evolve with a new T-Mobile offer.

Layer 3 has not built a video distribution network in the traditional sense. They rely on existing broadband infrastructure from other carriers to deliver an IPTV service to their end customers. Which seems to make them an ideal candidate for what T-Mobile has in mind – layering a full featured pay TV service over any broadband connection, especially as we move into a 5G era.

T-Mobile appears to be positioning a T-Mobile TV service more as a stand alone TV service, delivered over-the-top to anyone – similar to AT&T’s DIRECTV NOW strategy. But it’s safe to assume there will be attractive bundled offers that marry T-Mobile TV service with T-Mobile wireless service.