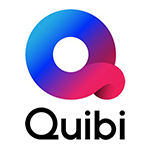 A new streaming video service to be known as Quibi is on the way, scheduled to launch in the Spring of 2020.  The offering is a mobile focused streaming service featuring short form video content of 10 minutes or less.

Quibi and T-Mobile are partnering up with T-Mobile featuring the service to the carrier’s mobile subscriber base, although terms of that partnership were not disclosed.

Quibi has some heavy backing, founded by Hollywood mogul Jeffrey Katzenberg and led by CEO Meg Whitman of eBay fame. The service has reportedly raised over $1 billion already and secured over $100 million in advertising revenue before its launch.

“Quibi will deliver premium video content for millennials on a technology platform that is built exclusively for mobile, so a telecommunications partner like T-Mobile, with their broad coverage today and impressive 5G roadmap, is the perfect fit,” said Whitman in a prepared statement.

The new company has a tough road ahead. It will join a crowded field of streaming services, the vast majority of which also have mobile intentions. Verizon attempted a similar strategy with it’s now shuttered go90 service. Of course, Verizon didn’t have the Hollywood pedigree that Quibi has.

There’s also social heavyweight and millennial darling Snapchat for Quibi to contend with for short form video eyeballs. The new company is banking on the quality of content it’s developing to crowd out these others.

“Of course Quibi and T-Mobile are working together — we’re two mobile-centric disruptors committed to challenging the status quo and giving customers incredible experiences,” said T-Mobile CEO John Legere in a statement. “Quibi is completely re-imagining video content for a mobile-first world, and that’s what makes this such a strong partnership.”