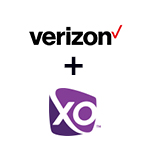 Verizon said today that it plans to purchase XO Communications’ fiber optic network business for approximately $1.8 billion – a development that illustrates the lingering impact of the crash that hit the telecom industry in the early 2000s. Spokesmen for XO and Verizon confirmed that Verizon is acquiring XO’s fiber customer accounts as well as its network facilities. The deal requires regulatory approvals and is expected to close in the first half of next year.

In XO’s announcement of the deal, Carl Icahn – the sole shareholder of XO Holdings – called the last 13 years since XO emerged from bankruptcy a “bumpy road” and noted that additional capital had to be injected into the business several times over those years as the company “reckoned with major network overcapacity and other issues caused by overly optimistic projections and capital expenditures made by previous owners.”  He also said that “[a]lthough this sale to Verizon does not represent a significant annualized return on our investment, we believe that in today’s environment it does represent the best achievable outcomes for the company’s customers, employees and owner.”

Fiber Assets and Cellular Densification
Purchasing XO’s fiber optic business might seem like an unusual move for Verizon at a time when the major wireless carriers are looking to stockpile cash in preparation for the auction of 600 MHz broadcast spectrum.

Verizon notes in its own release about the deal that it will be able to better serve enterprise and wholesale customers using XO’s IP and Ethernet networks and that that XO’s fiber facilities will help densify Verizon’s wireless network. The latter could be particularly valuable in large parts of the country where Verizon is not the incumbent landline carrier.

“We constantly evaluate all the options for fiber – build, rent, acquire – and these assets presented an economic way to acquire some of the fiber we need both for cell densification and for Verizon Enterprise Solutions,” the Verizon spokesman wrote in an email to Telecompetitor.

Verizon 5G R&D
Another key reason Verizon may have opted to do the deal is that the deal also calls for Verizon to lease available XO wireless spectrum, with an option to buy XO’s entity that holds its spectrum by year-end 2018. According to the XO spokesman, the company holds 93 licenses in the LMDS wireless spectrum band (28-31 GHz range) and ten 39 GHz licenses that cover 74 markets. A Verizon spokesman noted that the holdings cover “roughly 45% of MHz pops.”

The Verizon spokesman added that “This is spectrum in bands we can use for early testing on 5G in some markets, so we intend to lease spectrum for R&D purposes.” Verizon could learn a lot about 5G between now and 2018. Also by that time the 600 MHz auction should be completed – the results of which also could play into whether Verizon ultimately opts to buy the XO spectrum.

Verizon also notes several financial benefits from the transaction, including a step-up in the basis of the assets as well as operating and capital expense savings.

In purchasing XO’s fiber business and leasing XO’s spectrum, Verizon isn’t leaving much left of XO. The XO spokesman confirmed that the only part of the business Verizon isn’t currently buying is the spectrum licenses.