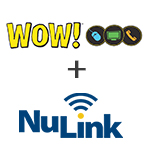 The WOW NuLink acquisition announced today is the latest example of consolidation in the Tier 2 and 3 cable market. WOW will obtain Georgia-based cable operator NuLink from Halyard Capital, a New York-based private equity firm. The price was not disclosed.

NuLink offers broadband, digital cable and phone service to 34,000 residential and business customers in Newnan, Georgia. It started out as a unit of Newnan Utilities in 1997 but was spun off in 2008. In 2011 the NuLink network underwent an upgrade but in a press release, WOW CEO Steven Cochran said WOW plans to “continue investing in the local network infrastructure to bring even faster Internet to residential and business customers with speeds as high as 1 Gbps.”

The reference to gigabit service is worth noting, as WOW has not previously made any announcements of residential gigabit service. But like many cable operators the company apparently is moving in that direction now that DOCSIS 3.1 equipment is available, simplifying the process of offering gigabit service.

The WOW NuLink acquisition is expected to close by the end of 2016.

The WOW NuLink Acquisition
WOW previously has been both a buyer and seller of cable properties.  In 2012 it acquired Knology and in 2014 it sold some properties in South Dakota to Clarity Telecom. WOW also has made other acquisitions, such as its 2013 purchase of assets of data center operator Bluemile.

While some cable consolidation has involved one cable company buying another, others have involved telcos or other players. Some recent examples of consolidation in the Tier 2 and 3 cable market include: