WOW! said today that it has made 1.2 Gbps service available in all the markets that it serves. The upstream speed is a considerably slower 50 Mbps, however.

Telecompetitor asked WOW! what network upgrades it had made to support the faster speeds, but the company wasn’t forthcoming with details.

“WOW! doesn’t publicly disclose the specific techniques that are used in these speed tier upgrades,” a company spokesperson said in an email to Telecompetitor.

The company was one of the first to deploy a distributed access architecture (DAA) back in 2017, but all the spokesperson would say about that was that the company “already has a fiber rich, industry leading broadband network” and would “continue to leverage technologies such as DAA.”

Asked why the company was only offering 50 Mbps upstream, the spokesperson said, “We are delivering the speeds that support the services our customers want and need today.”

The company is “continuing to evaluate how we can continue to improve our speeds over time,” the spokesperson added.

WOW!’s reluctance to talk about network upgrade plans is a bit surprising at a time when other companies that have deployed hybrid fiber coax infrastructure seem to feel compelled to discuss such plans, particularly as they relate to supporting symmetrical service.

Upstream bandwidth requirements have been increasing as end users have become heavier users of videoconferencing and other applications that use symmetrical bandwidth. In response, telcos that have deployed fiber broadband have begun offering multi-gigabit symmetrical service. AT&T, for example, offers symmetrical speeds up to 5 Gbps, and cable companies are eager to be on par with the telcos.

It’s important to note that WOW! has begun deploying fiber-to-the-premises in what it calls “greenfield” markets, defined as markets that are not adjacent to markets that the company already serves. And in at least some markets where the company has fiber infrastructure, it already offers multi-gigabit service.

Additional information about WOW! 1.2 Gbps service can be found in this press release. 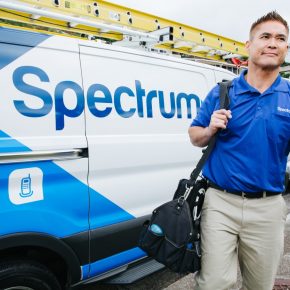