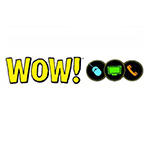 WOW gigabit service will be coming to five markets before the end of the year – including Huntsville and Auburn, Alabama; Evansville, Indiana; Knoxville, Tennessee and Grosse Pointe Shores, Michigan. WOW, the Denver-based cable MSO operating in 20 markets across 11 states,  already offers broadband and other services in all of these markets except Grosse Pointe Shores, where the company will build out a fiber-to-the-home network.

“FTTH presented an opportunity to stay current with technology and some of our competitors,” said a WOW spokesperson in an email to Telecompetitor.

Until now WOW has deployed HFC infrastructure, typically overbuilding existing cable providers, and the company will upgrade that infrastructure in the other four markets to support gigabit service.

WOW Gigabit Service
As for future FTTH plans, the WOW spokesperson said, “We’re always looking to upgrade and ‘future proof’ our products for FTTH. For FTTH we will be evaluating on a per-case basis internally to see where FTTH makes sense.”

The news of WOW gigabit plans is not surprising. When WOW announced last week that it plans to acquire Georgia-based cable operator Nulink, the company also said WOW gigabit service would be part of its plans. WOW is marketing each individual gigabit market as a WOW Gigtopia market.

WOW did not reveal pricing for its gigabit service but according to the spokesperson, “The teams are actively working on our at-launch pricing. As we turn up each market later this year we will be announcing our very competitive pricing.”