Home » WOW! Exec Reveals How the Cable and Broadband Operator Aims to Get Ahead of Cord Cutting 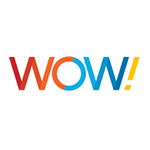 “WOW! has entered into agreements with top streaming companies, fuboTV, Philo, Sling TV and YouTube TV to make using a live TV streaming service easy for our customers who choose this option,” said Scott Barton, senior vice president of Product for WOW! in an interview with Telecompetitor. “We’re very excited about helping our customers cut the cord and make the shift to streaming services.”

When asked about the business relationship between WOW! and these streaming providers, Barton did not reveal any of the deal terms. WOW! is a member of NCTC, the buying consortium for independent cable and broadband operators. NCTC has previously announced deals for its membership with fuboTV and Philo and may have deals with others. Barton didn’t confirm whether WOW!’s deal is through NCTC or individually with the streaming providers.

Both YouTube TV and Sling TV have similar distribution deals with other operators.

“We know this is an industry trend and industry analysts project it will continue into the foreseeable future,” said Barton.

WOW! is featuring these streaming options as the primary choice for video in Charleston. It’s hard to find other video options offered by WOW! for Charleston on their website. A WOW! spokesperson did confirm that traditional video is available in Charleston and would be offered if requested by customers.

Customers who opt-in for broadband and one of these streaming services are offered a free Amazon Fire stick and WOW! technicians will set it up in the home, with no installation fee. WOW!’s broadband packages in Charleston start at $34.99 for 100 Mbps (with a two-year agreement).

This appears to be an initial trial, but could it go beyond Charleston to WOW!’s other 19 markets across ten states? Barton was a bit non-committal with his response

“This trial will provide us with the needed data to make decisions on how WOW! continues to provide our customers with choices when it comes to how they access information and entertainment,” he said.