Home » With the fring Alliance, Genband Hopes to Empower Carriers to Play in OTT World 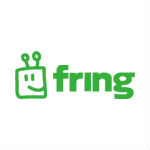 Over-the-Top (OTT) services like Skype, Viber, WhatsApp and others have long ridden communications service providers’ (CSPs) networks to reach end consumers with interactive communications applications. In so doing, they have cut into CSPs’ profits by lowering usage for text messaging, voice calls, conference calling, and other traditional CSP services. By one measure, OTT providers cost CSPs $14 billion in lost revenue globally (2014), says Juniper Research. Genband, a provider of networking software and hardware, aims to empower CSPs to fight back  through a federated alliance called the fring Alliance.

Fring, an OTT app provider featuring text and video chat, among other things, was purchased by Genband in 2013. Fring has an embedded base of about 50 million downloads, with several million ‘active’ users, Genband Chief Marketing Officer Brad Bush told Telecompetitor in an interview. Fring is a proprietary solution, built on the Kandy platform. Genband promises interoperability between fring and Rich Communications Services (RCS), the IMS inspired platform promoted by the GSM Association (GSMA) for interactive communications apps.

Fring Alliance
With the fring Alliance, the fring OTT platform can be white labeled by participating carriers, allowing them to offer their own branded services, similar to skype, Viber, and other OTT apps. In reality, carriers could do that already, but this alliance hopes to aggregate all participating carriers’ subscribers into one alliance, giving it the potential scale to look respectable against a skype or Viber. No easy task, given the wide prevalence of those services to hundreds of millions of users across the globe.

“It’s not a new platform, it’s an extension of what we’ve been doing all along with fring,” says Bush. “Through the alliance, we aim to get it scaled to the hundreds of millions, maybe even billions.”

The alliance is inviting CSPs from across the globe to join and bring their subscriber base with them. Genband is hoping to reach critical mass with the alliance by June 2015 and launch it then.  Bush says they have verbal commitments from many of their existing customers already. Initial members will have ‘charter member’ status with better ownership incentives. The alliance will charge its members a per-user licensing fee, on a sliding scale. The more users a CSP brings, the lower the per-user fee.

“The difference is the Metcalfe affect that a federation can bring and the ownership it will provide,” says Bush. By federation, Bush is evangelizing the idea of an aggregated subscriber base (including ‘federating’ their user’s directories across devices) and the scale benefits it brings to all participating CSPs. By ownership, Bush means that members of the alliance actually get an ownership interest in the effort, which will be a wholly owned subsidiary of Genband. The primary purpose of this approach is to simplify accounting and balance sheet concerns, he says.

Bush and Genband are pushing a concept that suggests CSPs may have some distinct advantages over OTT competitors in offering the same types of applications. Those advantages include a single number and an existing billing relationship.

For example, subscribers can use one number for their traditional voice and OTT apps. This can be particularly useful for wireline carriers without a mobile network. Wireline carrier subscribers could use this application to ‘mobilize’ their wireline phone number, and have it appear on their mobile device for mobile use through the fring app. As long as that user is in within reach of a mobile data connection, their mobile device would ring when their wireline number is called. This could be particularly interesting to cable MSOs with extensive WiFi networks.

Of course one number is not always an advantage. In fact it could be a disadvantage. Many subscribers like the fact that they are getting a second number for these OTT apps – it creates a ‘demarc’ of sorts for them, between their traditional phone number and their ‘virtual’ phone number. I’m assuming fring could accommodate this as well though.

No Shortage of Challenges
Genband is hoping CSPs will rise to the competitive challenge presented by OTT players and try to beat them at their own game. This won’t be easy. Skype, Viber, WhatsApp, and others have a certain cachet to them, particularly with younger demographics. A cachet that will be hard to replicate. But you can’t blame them for trying.

Time will tell whether the alliance can build up enough critical mass to offer a comparable experience, both in terms of functionality, but also in reputation (or maybe ‘street cred’) as a viable alternative to established OTT apps.

I asked Bush about this and he conceded the challenge. Even with marketing help that the alliance will provide, CSPs will have to rely on other market factors to be successful. Traditional marketing efforts may not matter as much in this brave new OTT world. “Apps like WhatsApp and Viber hardly do any marketing,” he said. Going viral is usually not tied to traditional marketing. 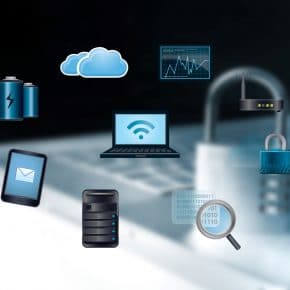