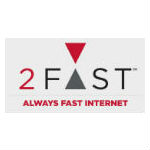 In today’s broadband wars, symmetrical broadband, or the same download and upload speeds, has been a weapon used by fiber based broadband providers over their cable competitors. Verizon has used it effectively with FiOS. You can now add Frontier, who has unveiled their 2Fast symmetrical broadband tier in Washington and Oregon markets.  The service will eventually be available in all Frontier FiOS markets.

“This is something our competitors don’t offer,” Vicky Oxley, Frontier Vice President and Washington general manager proudly boasts in a press release announcing the new service.

Fiber based broadband services creates this symmetrical competitive advantage over HFC/DOCSIS based competitors, so it’s no wonder fiber providers like Verizon and Frontier are taking advantage.

Frontier FiOS Expansion
Frontier is in the process of dramatically expanding their FiOS footprint beyond Oregon, Washington, and Indiana.

Their pending $10B transaction with Verizon will add roughly 3.2 million FiOS customers to their current FiOS customer base of around a million or so subscribers. This Frontier FiOS expansion would add markets in Florida, Texas, and California.