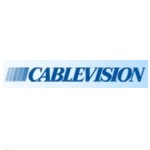 The Netherlands based Altice continues its move into the U.S. broadband and cable market with news today that they are acquiring New York based Cablevision in a $17.7 billion deal. Altice will pay $34.90 per share for Cablevision and the deal has already been approved by both company’s boards.

With Altice’s previous acquisition of Suddenlink, the European media conglomerate will now operate the fourth largest cable MSO in the U.S. Cablevision is concentrated in the New York City metropolitan area, with over 3.1 million residential and business subscribers. Altice reports that 65% of Cablevision customers subscribe to a triple play bundle.

Together with Suddenlink, Altice will now have 4.6 million customers across 20 states. Altice made no secret of their desire to buy into the U.S. market. They were actively pursuing Time Warner Cable before Charter launched their current effort to acquire it. Altice also operates properties in Europe and the Caribbean region.

The deal represents an ongoing consolidation of the U.S. cable MSO business, although broadband is the primary driver of the cable business today, not video. The largest example is Charter’s $55 billion acquisition of Time Warner Cable and Bright House Networks, as well as numerous smaller deals. Cablevision was widely seen as an acquisition target.

Cablevision Acquisition
According to a CNBC report, BTIG analyst Rich Greenfield commented that the price for Cablevision was surprisingly high – close to $6K per subscriber. Greenfield noted that Altice is famous for cost cutting, and so will probably be keen on trimming some Cablevision “fat.”

The deal is expected to close in the second half of 2016 and does require considerable regulatory approvals.