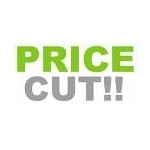 Nothing like a little price war to keep everyone honest. The nation’s largest wireless carriers seem to be engaged in one. Verizon kicked it off by announcing new unlimited plans last week. AT&T quickly followed and Sprint joined the party today by highlighting their existing plans, which they claim save at least $240/year over AT&T and Verizon’s new pricing plans..

All the plans feature unlimited nationwide calling, with emphasis on texting. Both Verizon and AT&T basically chopped $30 off their unlimited postpaid monthly plans with annual contracts. Wall Street even took notice, suggesting Sprint would suffer most from the price war. The Associated Press reported that Sanford C. Bernstein analyst Dan Moffett cut his rating on Sprint’s stock, saying they are “poorly suited” to compete in this price war. Sprint’s shares fell 4% in Tuesday afternoon trading.

Billshrink.com has put together a wireless plan pricing matrix which compares all the new pricing plans.

These ‘price wars’ put pressure on more than just these large nationwide competitors. Smaller wireless carriers may feel the need to respond. Alaska Communications Systems’ (ACS) may be the first of many smaller regional carriers to join this ‘unlimited’ marketing blitz.