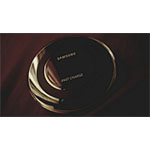 More than eight in 10 consumers have heard of wireless charging on mobile phones and one in four have used it, according to a wireless mobile phone charging survey from IHS Markit. Awareness has continued to rise over the past 12 months in the U.S., U.K. and China, with overall awareness increasing from 36% in 2014 and 76% in 2015, according to IHS Markit’s ¨Wireless Charging Consumer Insights Report.¨

“Awareness is the first step in creating demand, and more products from mainstream manufacturers will need to be made widely available to keep the momentum going,” IHS Markit wireless power analyst Vicky Yussuff was quoted as saying.

“In fact, Apple is expected to release a wireless-charging-enabled iPhone in the next 18 months. This would mean both of the top two key players in the smartphone market would be on board, no doubt pushing consumer awareness closer to the 100 percent mark.”

Wireless Mobile Phone Charging Survey
Wireless charging was first introduced in 2015 when it was incorporated within Samsung Galaxy smartphones, the Apple Watch and other popular mobile devices. Positive consumer response prompted OEMs to incorporate it in other devices, the result being that the wireless charging receiver market soared 160% year-over-year in 2015, with annual global shipments totaling 144 million units.

That said, wireless charging will be included in just 10% of smartphones shipped this year, IHS Markit forecasts. Usage is where the investment and market rubber meets the road, the market research company points out.

Besides including wireless charging in more handsets, suppliers should improve wireless charging so that it can better compete with other smartphone features, IHS Markit says. Longer battery life was the most wanted feature, with 47% of survey respondents saying they’d like to see it. They ranked fast-charging second.

“This finding highlights the threat fast charging for mobile phones could pose to the wireless charging industry,” Yussuff said. “The release of medium power solutions and a general shift in charging patterns for wireless charging users still suggest a bright future, though.”

Furthermore, more than 45% of those who said they had used wireless charging said they did so more than once a day. That compares to 25% of respondents overall.

“Consumers are already using wireless charging as a means to top up their devices’ batteries, rather than a means to complete a full charge,” Yussuff said. “Wireless charging tends to be a complimentary feature – not a replacement – to wired charging on mobile phones.

¨It is a convenience benefit with overwhelmingly positive consumer feedback; therefore, the continued challenge is finding ways to capitalize on wide consumer awareness, to get these devices into more consumers’ hands, so they can experience the benefit of wireless charging first-hand.”

“Specifically, emergency charger shipments are taking off, as consumers’ dependence on mobile phones is leading to quicker power consumption and the need for more frequent charging at different locations,” Lu concluded. “Given users’ attachment to their smartphones and their wants and needs to personalize and protect them, the aftermarket mobile accessories market is showing no signs of slowing down.”