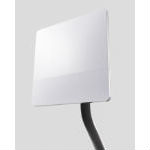 Vivint, a provider of smart home technology, is pushing their way into the broadband Internet access business with a  fixed wireless Internet product that promises symmetrical 100 Mbps. The offer is delivered via a unique hybrid wireless solution, using both licensed and unlicensed spectrum. Vivint already claims 15,000 wireless Internet customers in San Antonio and El Paso, Texas, and many cities throughout Utah. They are planning additional expansion.

Vivint is best known as a provider of home security and automation services. They claim over 850K customers nationwide and over 7,000 employees, which includes a significant door-to-door sales force. They’ve expanded into Internet access and solar electricity.

Vivint has been offering wireless Internet for some time and now believes they’ve evolved the product enough to expand. Those expansion plans include three new markets by the end of 2015, and eight new markets in 2016. They say a new market can be lit within two to four months of an initial announcement. They did not reveal where this market expansion will occur.

Wireless 100 Mbps Broadband
Vivint uses a unique wireless solution. It involves a “hub home” architecture, where an initial hub home within a given neighborhood is identified to act as a distribution point within that neighborhood. Using licensed spectrum, Vivint beams a wireless signal to a hub home, which in turn uses picocell technology and unlicensed spectrum in a point-to-multipoint architecture to feed other homes within the neighborhood. Hub homes are provided Internet access for free.

“This approach maintains the speed and integrity of the signal, ensuring that networks are not overburdened, even during the busiest hours,” says Vivint in a press release.

According to an ars technica report, Vivint is using 28 GHz spectrum (apparently there is life for LMDS spectrum?) to feed the hub home from a fiber

connected tower and 5 GHz unlicensed Wi-Fi to serve the individual homes. Homes need to be within 1,000 feet of the hub home to get adequate service, meaning Vivint needs dense neighborhoods for the model to work.

Customers can add phone service through VoIP for an additional $15/month, and Vivint also packages DirecTV to complete the triple play bundle. If this approach works at scale and offers reliable service, Vivint could have an interesting competitive broadband product for select and targeted markets.

“With Vivint Internet, customers finally have an alternative for truly fast, reliable broadband,” said Matt Eyring, chief strategy and innovation officer at Vivint in a press release. “Many Americans have become resigned to Internet with slower-than-advertised speeds, spotty performance and abysmal customer service.”

We’ll have to see. Many wireless ISPs have come and gone, while members of WISPA have proven there is a sustainable business for wireless Internet access. Will Vivint join them?