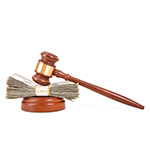 The CEOs of both Windstream and Uniti Group said yesterday that they hope a suit that Windstream brought against Uniti will be resolved through mediation before it goes to trial. The suit focuses on the $650 million yearly payments that Windstream has made to Uniti since Windstream’s copper and fiber assets were spun off to Uniti in 2015 – payments that are scheduled to continue for many more years.

Windstream Uniti Lawsuit
As Windstream CEO Tony Thomas explained on Windstream’s second-quarter earnings call, Windstream’s complaint asserts that those payments were intended to finance the asset spinoff and therefore the agreement between the companies is not a “true lease” but rather a “financing arrangement.”

“Hopefully, we will reach a mutual agreement with Uniti through mediation, but we will continue to pursue all of our options with respect to our arrangement with Uniti,” said Thomas on yesterday’s earnings call.

“We are encouraged by the continued efforts by both parties to reach a mutually beneficial” agreement,” Gunderman said.

He added, though, that “We did not agree to mediation because our view of their claims has changed.” If necessary, he said, “We are prepared to vigorously defend our network and our rights.”

Uniti Ground Lease Sale
The resolution of the issue is critical for Uniti because even though Uniti has made several key acquisitions and branched out into other business areas, the company is still highly reliant on Windstream. The $650 million annual payment that Windstream makes to Uniti represents the vast majority of Uniti’s annual leasing revenues – and leasing revenues are Uniti’s single largest business segment, measured by revenue.

Gunderman said uncertainty over the lawsuit has not caused any potential business deals for Uniti Group to “fall out of the funnel.” He added, though, that he expects to see “a pick up in activity once the bankruptcy is behind us.”

Also yesterday, Uniti announced the sale of the ground lease business within its cell tower business. Ground leases are long-term leases for the land on which the company’s towers sit. Gunderman said the company had determined that the towers themselves are a “better long-term investment.”

One thought on “Windstream, Uniti CEOs Hope to Avoid Pending Lawsuit Through Mediation”