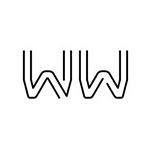 Windstream especially called attention to the impact the move will have on capacity in Ashburn, VA and the Newark, N.J./New York City metro.

“This buildout with its connections to Wall Township, N.J., will provide enterprises, international carriers and content providers fast access from our coast-to-coast network to major subsea cable systems,” said Joe Scattareggia, executive vice president of Wholesale at Windstream Enterprise and Wholesale in a press release. “Our network expansion strategy also includes easy access to other international networks through our links in Texas and South Florida and to Asia Pacific cable systems on the West Coast.”

Windstream NJFX Deal
The new core network route will feature Infinera’s DTN-X. The device creates express routes that offer lower latency and increases scalability. The routes will be turned on during the fourth quarter of the year.

Though it only broke out Windstream Enterprise and Wholesale as a brand strategy in February – about a year after it acquired EarthLink – Windstream has consistently built up its enterprise and wholesale offerings.

Examples include May 2017 wholesale and long-haul fiber deals with Switch Connect, a portfolio of networking and business management systems and services. The initiative is hosted at the Switch data centers in Las Vegas and Tahoe-Reno, NV and Grand Rapids, MI.

Windstream also expanded fiber routes on its national long-haul fiber transport network back in May 2017. The routes included Dallas to Atlanta; Miami to Atlanta; Raleigh to Savannah, NC; Houston to Gulfport, TX and Memphis to Charlotte. NC.