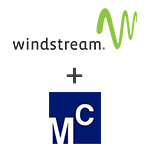 Windstream has been somewhat quiet on the M&A front since its major acquisitions of Broadview and Earthlink (both of which closed in 2017), which have helped drive a key focus on enterprise and wholesale business segments. A focus that appears to be paying dividends as we recently reported that Vertical System Group had recognized Windstream for its strong Ethernet growth.

“This acquisition adds a well-run company with a customer-first mindset and an impressive track record of growing revenue to Windstream. MASS Communications customers now will have access to Windstream Enterprise’s deep portfolio of networking solutions and cloud-based services, including SD-WAN Concierge and OfficeSuite,” said Layne Levine, president of Windstream Enterprise & Wholesale, in a prepared statement.

We reported earlier this month that SD-WAN accounted for more than 15% of the company’s sales since the service launched in January of 2017.

“MASS Communications has built a phenomenal portfolio of clients through both partner and reseller relationships. Darren’s collaborative, customer-centric approach to solutions and commitment to a superior customer experience are aligned with our company values. I am confident his leadership of our reseller business will help drive organic revenue growth,” Levine said, in a prepared statement.